This week I became aware that pumpkins are NOT a universal “thing”. As I was making a cup of coffee (I know big surprise and in no way specifying my time line) in the student lounge at Warner I overheard three students having a conversation about pumpkins. They were all international students and each from a different place. They were talking about pumpkins and what they could figure out about them. It was a great conversation to eavesdrop on; first they each talked about what they thought a pumpkin was, then they moved on to showing pictures on their cell phones of what the closest thing to a pumpkin was back home, and sharing what it would be called there. The three students then went on to a discussion on why these pumpkins have such a cultural significance here. 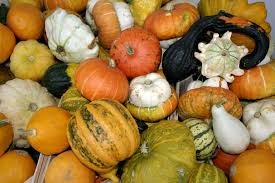 After a quick round of each not really knowing why they even mattered they went on to help one of them figure out how to cook one that she had purchased at the farmers market that week. (if it sounds like I was standing around forever listening in I was but not by choice, the Keurig in that lounge was taking FOR…EV…ER.

Anyway…why am I reflecting on this conversation about pumpkins? As a life long citizen of the United States culture completely understand most of the cultural significance and meaning behind pumpkins this time of year, I mean really who doesn’t? Oh thats right people that are not part of that community don’t have this tacit knowledge. In the science everything is like a pumpkin to most people. Its different and strange and why should anyone care about it at all? Those questions can make science uncomfortable and scary. 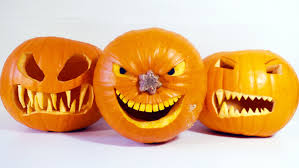 But if you allow learners to interact with each other they can share their background knowledge and construct some sort of meaning that may allow a pumpkin of science knowledge to fit into their existing schema. And if the learner is really lucky they will decide to cook the pumpkin, eat it and enjoy it for some personal reason, as opposed to just learning to accept it as something that those whack-a-doodle scientists seem to think is important. I think its important for us to all let learners go through this process and cook their own pumpkins so that they can give science a personal value and meaning to the weird gourds we try to tell them are the most important things ever.

Now usually I would end up telling you what a pumpkin really is here, and boy am I tempted but I think instead today I will just share my favorite pumpkin recipe so that you can try pumpkin for yourself, that way you’ll really know what it is and why I personally love pumpkins so very much!

Preheat an oven to 350 F and grease the bottom only of a 13″x9″ cake pan. Mix pumpkin, milk, eggs, sugar, spices, and salt in a large bowl. Pour mixture into bottom of greased pan. Sprinkle dry cake mix evenly over the top of the pumpkin mixture. Top with chopped pecans evenly. Drizzle the entire 1 cup of melted butter over the top of everything. Bake on center rack at 350 F for 50-55 minutes or until the topping is golden. Remove and allow to cool completely before cutting into squares. Can be served with whipped cream and you should refrigerate the leftovers if there are any.

#Thats what pumpkins are 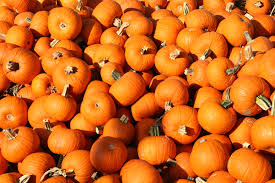